Perhaps white South Africans still have some use 22 years into our democracy: as a bogeyman, a whipping boy for populist politicians to drum up support for the upcoming local election.

Vote for me, I’ll give the whiteys hell! No, vote for me, I dislike them even more, and I’ll take all their stuff and give it to you!

Okay, that’s a bit flippant. Calm down, whites still have other uses too. Like a black comedian said the other day: they still have to teach black people how to bitch and moan with effect at the Woolworths checkout tills. And who else would buy the large number of two-tone short-sleeved shirts and braai tongs with built-in torchlights manufactured in South Africa?

Seriously now. The blatant abuse of race as primary mobilisation tool to canvass votes is reckless and contrary to the spirit of our constitution.

It would, though, be strange if race didn’t feature in South Africa’s political discourse in 2016. The serious inequality in our society still largely follows racial lines and the memories and impact of white domination will linger on for a long while still. White racism still rears its ugly head all over the country on a daily basis.

But what we’re experiencing in the election campaigns of the EFF and the ANC at the moment amounts to naked Wit Gevaar games.

EFF leader Julius Malema’s statement in Soweto at the weekend that blacks should make more babies is a good example. His argument is that white South Africans are still procreating, but they don’t want blacks to multiply because they are aiming at renewed white domination. 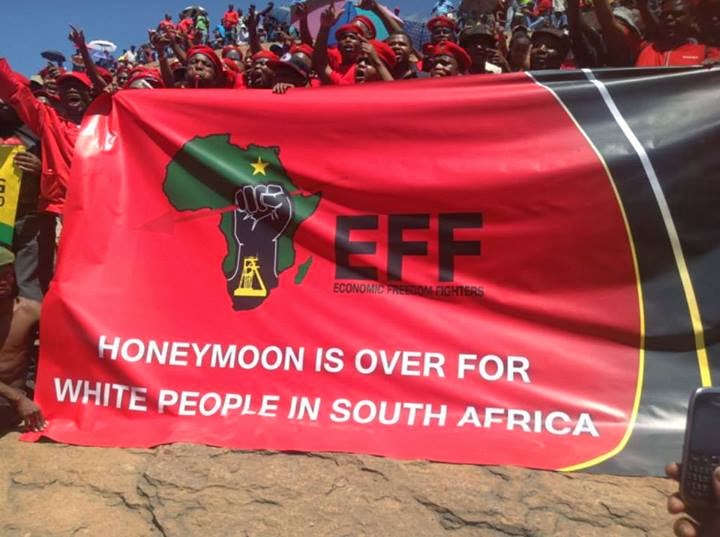 The reality is that the birthrate among whites is almost zero and, combined with the impact of emigration, they will be down to less than 5 percent of the population within a decade.

All the beautiful buildings in South Africa were built by blacks without them getting paid for it, Malema said, and now they should belong to blacks. “We’re going to take the country with everything in it, whether they like it or not,” he added. “Zuma isn’t our enemy. Zuma stands between us and our enemy, the white man.” 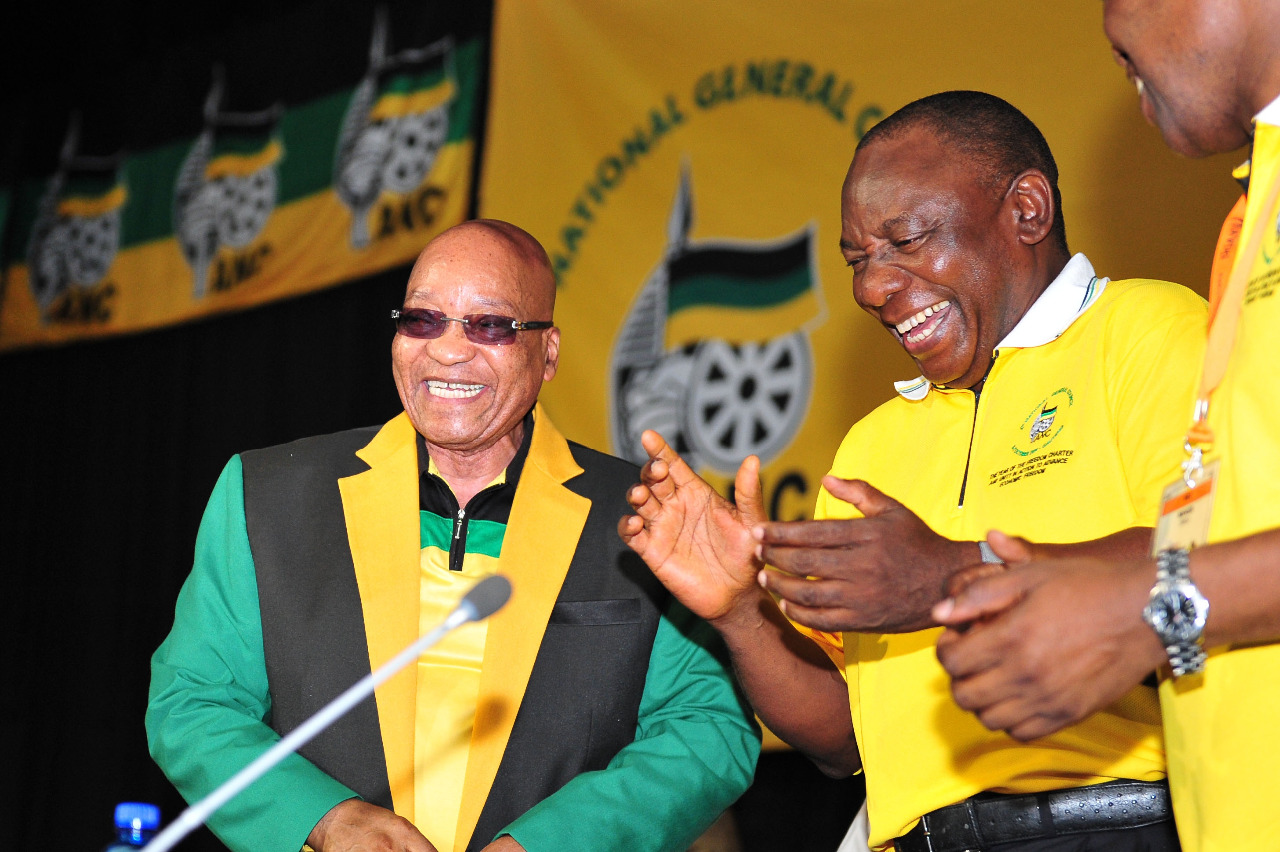 The EFF has also used this theme that land ownership is the key to black wealth. Read: black people are poor because whites hog the land.

A lay person could have told them that the people of, say, Malawi or Mali, all have access to land, but they’re still among the poorest in the world. Agriculture is very small in, for example, Taiwan, on the other hand and contributes a mere 1.7% to GDP – and yet most people are considered middle class. Singapore is another example: only 0.5% of the land surface is available to agriculture and yet the average Singaporean is much, much wealthier than the average African.

The people on traditional communal land, more than 15% of South Africa’s land surface, aren’t exactly wealthy either, are they? In fact, large swathes of it are underutilised because people prefer to move to the urban areas.

According to a Free State University agricultural economist, as much as 90% of “emerging farmers” have to sell implements and cut down trees to sell as firewood because they can’t make ends meet as commercial farmers. Not because they’re bad farmers, mind you, but because the government isn’t financing and supporting them properly and agriculture is a very tough and marginal economic activity.

Or are the EFF and the ANC perhaps referring to land ownership in urban areas, a stand in a township or suburb perhaps? That would make a lot more sense, but then the question should be asked why government hasn’t done more to transfer ownership of existing state-owned houses to black people, or why much more urban land is not made available for human settlement? They can hardly blame whites for this.

I firmly believe government’s land reform programme has failed dismally and that we should have exceeded the targets set in 1994 a long time ago. The ANC likes to blame the so-called “wiling buyer, willing seller” principle that they say was foisted upon them, but this principle was already abandoned in 2007; it was never in an act of parliament or in the constitution.

The stark reality is that if the state had spent the amount they have spent on land reform the last two decades and bought farms advertised on the property pages of agricultural magazines, we would have been over the 30 percent target by now. Where did all the billions go?

Here’s the bottom line: during 22 years in government, the ANC has failed to transform the economy to benefit the black majority; to deliver on the undertaking to deliver dignity, education, housing and health made in the constitution. If its argument is that whites had prevented this, my question is: why did you allow them? For 22 years you had a majority of more than 60% in parliament?

Back to the topic.

It is completely legitimate for political parties to highlight the gross inequality in the country and to demand a rapid reversal; also to address the white community harshly about its attitudes and utterances. There is no reason why white South Africans should be handled with kid gloves, as some of them seem to demand. And racism should be tackled aggressively – and, I believe, criminalised.

But to make race the main theme of one’s cheap populism, is irresponsible, opportunist and dangerous. 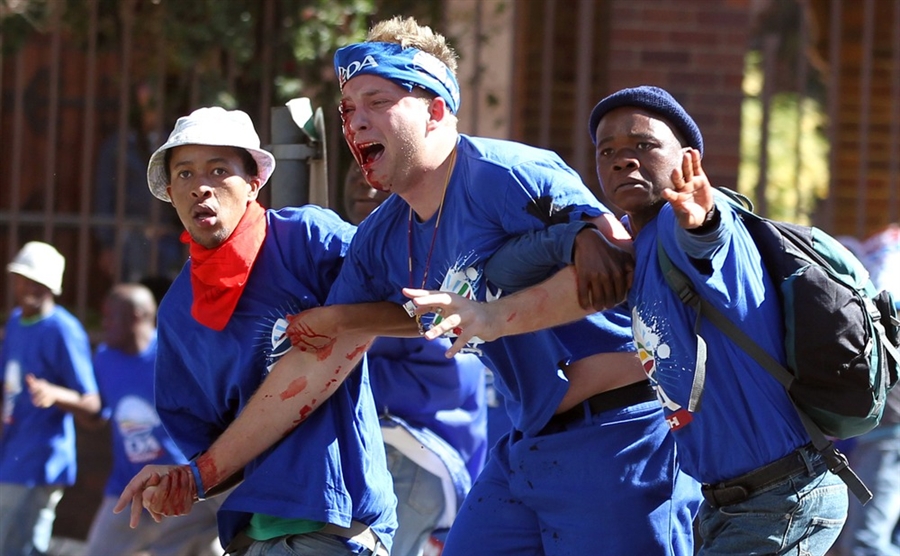 The ANC is playing the Wit Gevaar card to counter the DA, to stop the EFF from declaring that the ANC is “soft on whites” and to divert attention from its failures. The EFF is using Wit Gevaar to capitalize on the anger of young black South Africans.

South Africa is going to be in election mode from now on right up to the crucial 2019 general election. If the populist race rhetoric continues along the present lines until then, South Africa is bound to become a much more polarised and intolerant place.

White South Africans have only one option: they should behave – and put pressure on each other to behave – in such a way that ordinary black South Africans would view the extreme race rhetoric for what it is: opportunistic populism.

Disclaimer:
News24 encourages freedom of speech and the expression of diverse views. The views of columnists published on News24 are therefore their own and do not necessarily represent the views of News24.